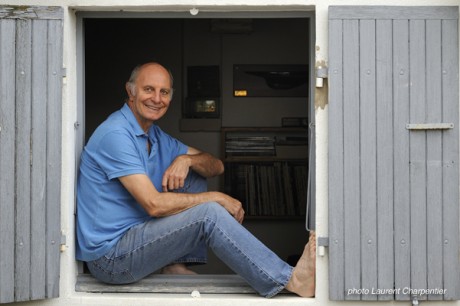 1965-1967 : At the end of high school in Grenoble, launch the project with Damien Jerome Poncet, schoolmate. After a year between hypokhâgne and Sup de Co, and different positions to inflate the body of the board, installed in La Rochelle to complete the boat and preparation.

October 1973-December 1976 : The preparation of Damien II and 3 schooners steel lifting keel, couples Jérôme-Sally Poncet and Gérard-Jaquie Janichon is done as a team. Life in Grenoble, Tarare, Marseille, La Rochelle and Lot for construction of ships, the preparation of new navigation and restoration of an old barn used as a dwelling. End of writing the story of Damien, conferences with screening of Damien to finance new ships. Travel in arctic territories for a brief recognition of the Northwest Passage. Launching Damien II in April 1976 and Damien 3 September 1976. Departure of two boats at Christmas 1976. Return Damien 3 in La Rochelle because of technical requirements and crew. 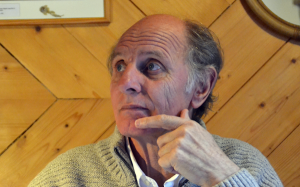 From 1986 to 1993 : Life on land in the Lot. Aviation period, writing (books, articles), traveling. January 86 launch of an aviation school in Agen, accompanied by a flight instructor partner. Level 200 provides vocational training aircraft and flight instruments for students to prepare for a career as a pilot. May 86 conveying a single engine (TB 20) in the U.S. along with Yann Nedellec, converted to aviation browser. Flight stage by Scotland, Iceland, Greenland, Canada and USA. And training coordinator in Auch in school steering Sigaal. Several books and travel during this period (Canada, Reunion, Mayotte), a campaign in Antarctica with Jerome Poncet on Damien II. Held “hostage” in Rwanda in 1991, when shooting with a team of National Geographic.

1993-2009 : Stop aeronautical activities, life down to write and raise Lucia, born in 1994. Journalism for sailing magazines, writing a couple of books, together with various publishers and maritime adventure Dvd books. Participation in numerous festivals and adventure travel, and several juries movies or books.

From 2010 to 2012 : Very involved in the project “Integration Challenge” social and maritime challenge. Concluded by the release of a book “Libertalia” Gallimard. Output of a first novel, “The Curse of the Rainha Filipa” in Arthaud.

November 2012 : President of the Jury of the Adventure Film Festival of La Rochelle. http://www.festival-film-aventure.com/

You're in part 1 : Biography