Damien around the world 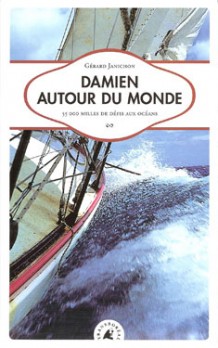 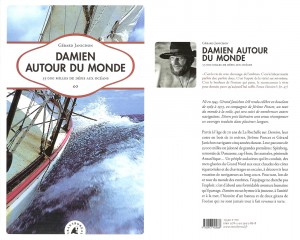 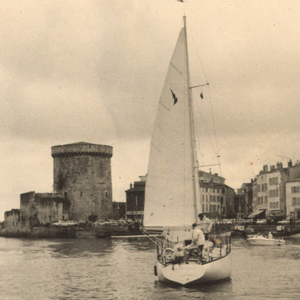 «The origin of this story goes back to the fall of 1965, when Jerome drew the main points of the future route of Damien. To support us in this first conquest of the dream of the ideal, we then had a name shouted at random from a poem: Damien. More than the name of a vessel’s sketches, Damien was a whole way of life that was building a justification for the sleepless nights, the many sacrifices that necessarily accompany a great start. And whatever the nature of the sacrifices, they still have a purpose: a meal skipped. it is a mooring after a map, a parcel of the boat …… We wanted to become gypsies. Gypsies of the sea» 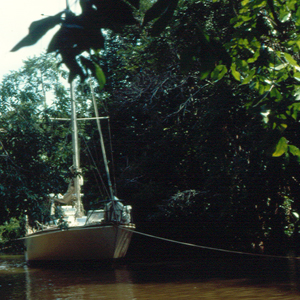 «While sleeping. Crushing afternoon. No wind. Becalmed, like every day at this time, we hang out despite our impatience to earn miles to Manaus. The bar becomes exhausting hours, days due to the heat at night because of the mosquitoes, freshness and tension to avoid shoals, wrecks, floating islands, canoes in which sleep caboclos . The need to navigate quickly became night because we never exceed 45-50000 by twenty-four hours against the current, driven by a steady low wind in the direction but not in strength. The awning and showers large buckets of water drawn from the river help to fight against the heat.» 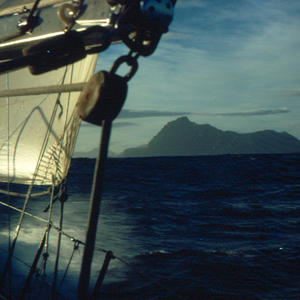 «Horn, Horn I saw when I was 20,
I hardly dared to look fear effrontery,
Horn approaching in the bow and we were crossing from the east,
rock magic, mythical rock that made me say this evening before sleep:
“I do not care, anything can happen, I am now a Cape Horner …”
It is … alone life or death,
The hope or fear,
the dark night or fame,
it is the gods of the sea rainbow arc,
Marine Academy
and the immortality of lost at sea …» 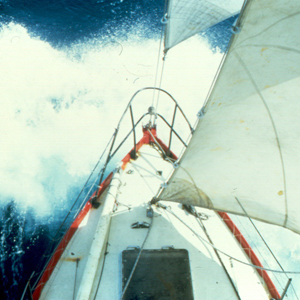 « The bird stands gracefully in the gray sky, effortlessly and without haste, turns, let go with the wind, gliding down and makes a wide loop around Damien …
Bird, I envy your ease pirouette flush waves, your ease to catch the wind and go wherever you want, when we did a wreck adrift.
Bird, thank you for your recent gift of life, we could not wish for others to exorcise the nightmares and anxiety. You help us to believe. You are the hope, because you can feel totally lost when the sky is adorned with a dancing bird. And even if we are lost, lost for good, you help us to be even men .. » 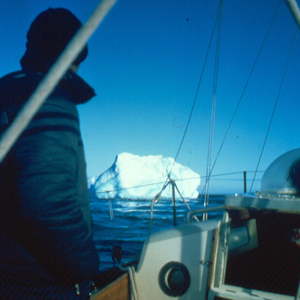 « The nights have passed, the skies have communed with the sea, the stars and constellations are piously reflected on his ice water, the nights have trembled at the approach of the golden sun, the one who let the black spot in the eye , the sun fled before the coming of the morning and the mist. The nights have passed and dusk orange sun and clouds and offers sparkling spot on the horizon, the task is not the sun but the ice. We are … The first iceberg will be long, very long time to close and when we will finally his foot, we will find the past and all the familiar gestures images donning gloves, red hat, adjust the sails. » 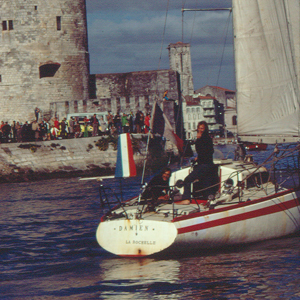 « We still hang out a bit at night, extending the edges, leaving wear. These are the last hours of navigation Damien. What comes after will not count anymore. Sunrise, the fifty-eighth from Rio de Janeiro is of extraordinary beauty, with soft and velvety lights. Driven by a small breeze and the flow of the tide, Damien slowly advance to anchor. It is still very early on this beautiful day in September 1973, but on a sand dune wood kit-shirt there Fabien’s brother Jerome, who shouted: « Damien is back! » 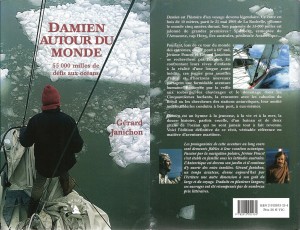 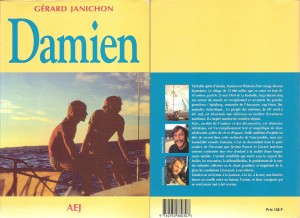 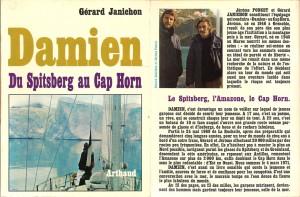 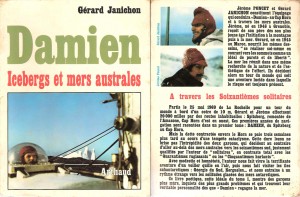 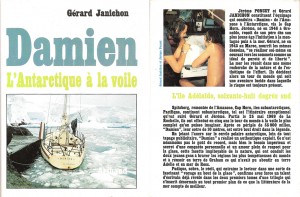